Why Gambling is So Pleasant - A Story about Dopamine

How Does Gambling Affect the Brain

During the gambling process, our brain makes a cocktail of hormones, which in turn renders gambling very attractive. A culprit is a specific chemical process unfolding in a human body. The key ingredient of that cocktail is dopamine, and it is closely followed by adrenaline, endorphin, and serotonin. Even when a gambler loses money, the body produces adrenaline due to excitement as well as dopamine and endorphin.

Adrenaline is usually released during extreme excitement, for instance during bungee jumping, parachuting, gambling, or any other high-risk activity. It is a response of our body against stressful and dangerous situations.

Endorphin is a hormone tasked with removing pain and stress from the body. It is a sort of natural painkiller. As soon as the endorphin is back in the bloodstream, we again feel good.

Serotonin dictates our feeling of happiness and in the simplest terms, we are happy when we have this hormone in our body. When we gamble, slowly and steadily dopamine becomes the secret ingredient of the magic hormonal cocktail and plays an essential role in the human experience of pleasure. 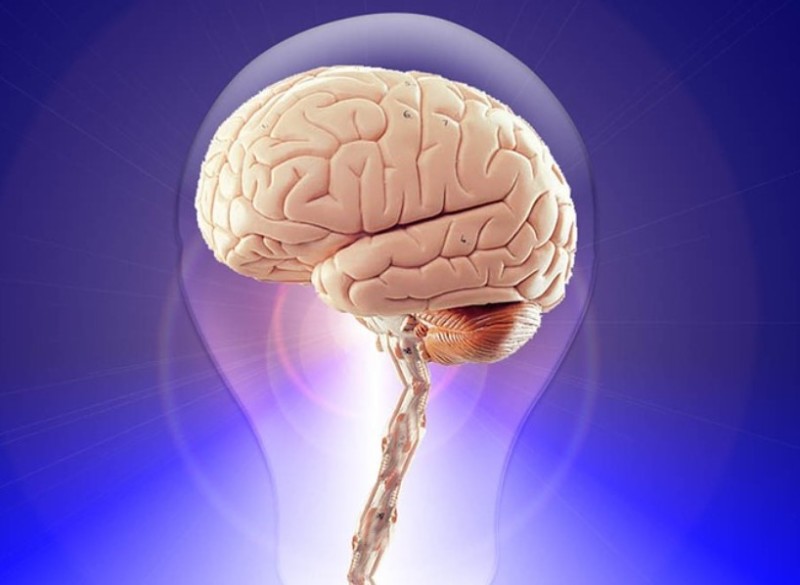 Dopamine is a Chemical Messenger

Dopamine represents a feeling of an award when we achieve something. It is a neurotransmitter, that transfers messages among neurons. It is produced by the hypothalamus, a center in our brain responsible for a feeling of happiness. It also helps a player to think and plan what to do and where and how to concentrate or focus. A person may experience various health issues if dopamine is missing or for having too much of it.

Scientific research demonstrated that certain types of people who developed an underactive brain reward system are probably genetically inclined towards impulsivity and constant thrill-seeking behavior. Ultimately, biological differences in our processing of reward information may be responsible for how we control our inner impulses and weigh risk, which essentially encourages a high-risk behavior. Ultimately, we take risks to get a reward. However, getting a reward may also help us develop patterns of harmful gambling behavior.

Scientists trying to understand all aspects of problem gambling developed a Conceptual Framework of Harmful Gambling and singled out eight essential factors which may lead to harmful gambling. There are four gambling-specific factors:

And there are four general factors:

Certain communities believe that gambling is a perfectly acceptable social habit and actively encourage such behavior. Cultural values are very important for any member of society and if they shape or affect gambling views it becomes very hard to properly recognize, let alone deal with harmful gambling behavior.

To add insult to injury, various psychological disorders in addition to cultural factors may strongly push individuals closer to pathological gambling. It is not rare that such problems are further exacerbated with anxiety or depression, various types of substance abuse, or serious mood disorders.

All these gambling problems notwithstanding, let’s investigate what role dopamine plays in a gambler’s mind.

An Intense Feeling of Reward

Many things may trigger dopamine release or simply ‘dopamine rush’ and it is normal for people to feel a craving for such pleasurable activities. It may include sex, shopping, socializing, or enjoying or smelling food baking in the oven.

It is amazing how certain chemical reactions may shape our behavior and, in some instances, create serious trials and tribulations.

Let’s explore now how that chemical messenger called dopamine behaves when we gamble! 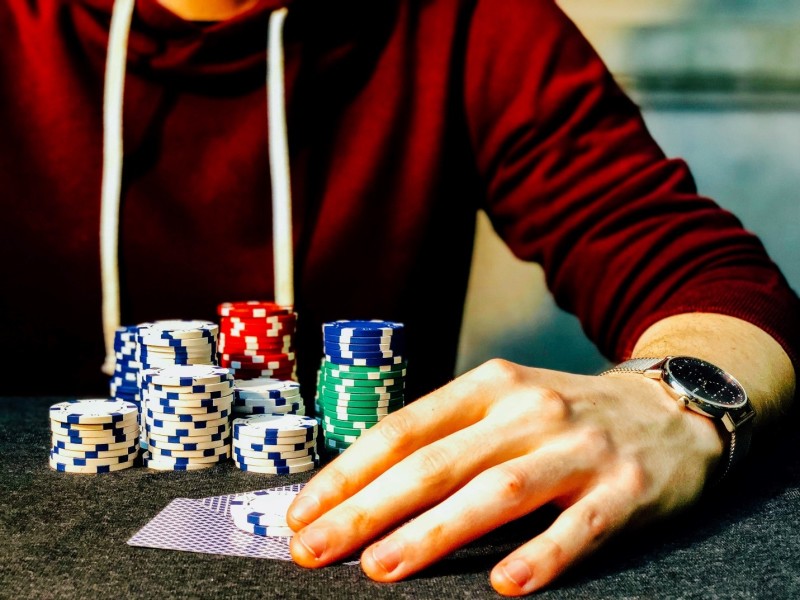 To Gamble or Not the Question is Now

When a person gambles, he or she feels light, at ease, relaxed and happy. A player’s body is overwhelmed with dopamine. So, what leads people to develop a problem with gambling?

Psychology of Learning states that a man repeats situations in which he was rewarded. In this case, the sheer pleasure or more precisely freed dopamine is a reward instead of money! A brain becomes addicted to it, as it is indeed extremely gratifying.

If for instance, a beginner’s luck strikes, it also motivates the player to continue gambling. Ultimately it is very hard to control one’s behavior in such circumstances.

An excellent illustration of that issue is a famous adage: What happens in Vegas, stays in Vegas. It essentially encourages risky behavior, letting loose and having fun, or even gambling, without having to worry about the potentially harmful consequences and thinking about negative psychological effects gambling. 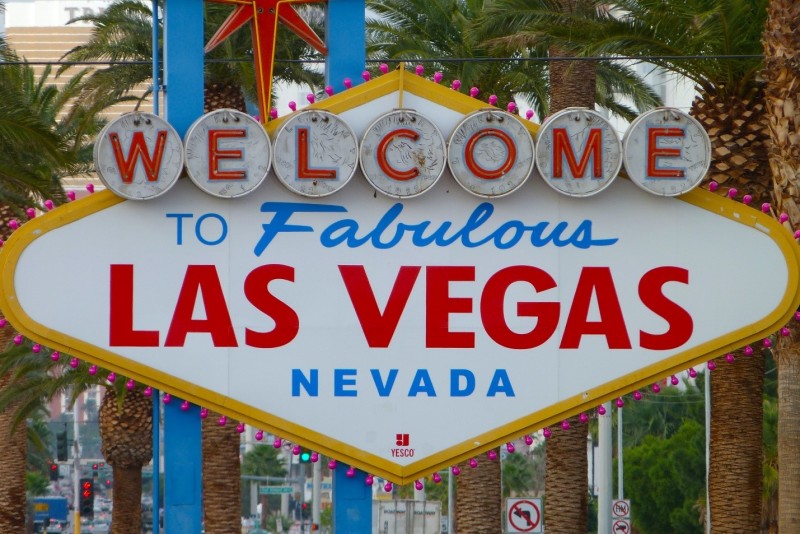 A very high level of dopamine causes all players to act irrationally and take a lot of risks. Also, it is very hard to stop a game when you’re winning. If a gambler entertains his pastime daily, his brain will be overflowing with dopamine and relevant receptors shall stop reacting to dopamine! As a consequence, a player can get more dopamine only if the stakes are higher and the amount of money used for gambling sharply increases.

Apart from dopamine, the following factors also play an important role in preserving risky gambling behavior: irrational decision-making, baseless optimism, illogical way of thinking, and relying on intuition. The rush of dopamine is effectively preventing a player from quitting a game.

You Put a Spell on Me

Not only does a player find it impossible to stop a game when winning, but even when consistently losing money, he still thinks that at least once they shall win. A problem gambler keeps coming back and gambling, without thinking about harmful consequences. The gambler is put under the dopamine spell. Combined with an illusion of control it makes things worse. The problem gamblers even start to believe that they can control an uncontrollable outcome. They strongly believe in their special gambling skills, knowledge, and ultimately an ability to have an advantage when gambling. Nothing further from the truth! That is why they continue playing and chasing losses and eventually, some will develop a serious gambling addiction.

It is so important to adequately understand the consequences of harmful gambling and subsequently seek help or assistance when needed.

We feel excited when we gamble thanks to dopamine, the feel-good neurotransmitter, copiously released by the brain.

No matter how good or bad gamblers we are, dopamine is being released and certain types of players are having genuine difficulties recognizing when to stop playing. It is very hard to simply walk away from exciting rewards such as social participation or money.

On one hand, a huge majority of players can stop playing once the significant losses accumulated, however, there are individuals unable to do so. They instead engage in a process called ‘chasing loses’, which may lead to serious problems with gambling. Something that started as a joyful activity suddenly became a very dangerous addiction.

Excessive production of dopamine, together with some other factors, leads a player towards problem gambling. It is virtually impossible to break free and successfully get rid of that problem without serious self-determination, strong support from family and friends, or professional psychotherapy as a last resort.