Bitcoin’s Price Rise Reflects its Growing Popularity; But is it Driven by the Markets or Users?

Financial news is, once again, flooded with reports regarding the prognosis and expectations around the future of Bitcoin price, the 1st and the most popular cryptocurrency in the world. 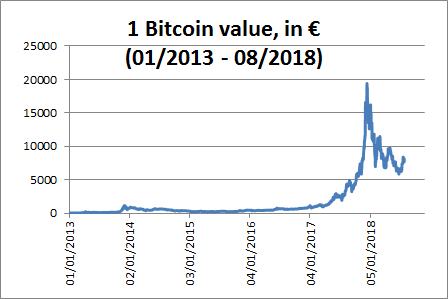 Now, in 2020, after marking its year-to-date high at the beginning of the present month, its current value is just below $12,000.

But what is driving this increase in popularity, market investors or actual users?

To answer this question, let’s first briefly examine the history of this asset, the factors that determine its value, and the ways in which it is being used.

For those of you not yet what bitcoin is, here’s what Wikipedia has to say:

“BTC (Bitcoin) is a cryptocurrency invented in 2008 by an unknown person or group of people, under the name Satoshi Nakamoto. It is a decentralized digital currency, without a central bank or single administrator, which can be sent from user to user on the network, without any intermediaries involve”. Wikipedia.com

BTCs are created as a reward for a process known as mining. They can be exchanged for other currencies, products, and services. Transactions are recorded in a blockchain.

Buying a BTC differs from purchasing a stock or bond because, simply, it is not a corporation. And unlike with investing in traditional currencies, factors that typically influence their value do not apply to BTC. Let’s examine why.

Why Does Bitcoin Have Value?

As explained in Investopedia.com, some currencies are “representative”. This means that they can be exchanged for a specified amount of a commodity. Since the majority of countries have left the ‘gold standard’, most global currencies are now classified as “fiat”.

Fiat currency is issued by a country’s Central Bank in the form of notes and coins, and is not backed by any commodity.

BTC, on the other hand, exists only in electronic form on the internet and is controlled by a decentralized network, thus presenting an alternative to central bank-controlled fiat money.

Investopedia examines different qualities to analyze how successful a currency is. We won’t go deeply into that here; however, some of the traits that contribute to BTC’s tenable value and growing popularity are the following:

It’s easy to understand now why the use of cryptocurrency is popular in the modern world. However, to answer the question – is its popularity market or user driven, let’s first inspect what affects its value, and how it can be used.

What determines the value of BTC?

Investopedia.com, states several factors that affect BTC price, but the ones we will go more deeply into are the following two:

Let’s examine briefly how the these affect not just the value, but also the popularity of the asset as well.

What is the law of supply and demand?

Supply and demand is an economic model of price determination in a market. It supposes that the unit price for a particular good, or other traded item (e.g. cryptocurrency), will vary until it settles at a point where the quantity demanded will equal the quantity supplied. This will, moreover, result in an economic equilibrium. 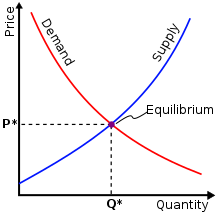 In simple terms, the more a certain asset is available on the market (high supply), the lower its value will be. And, on the contrary, if it isn’t very available, it will be more valuable (since the market demand for it will be higher).

The supply of BTC is affected in two ways – the BTC protocol allows new BTCs to be created at a fixed rate, and the rate is delineated to slow over time. Thus we encounter the scenario of increased demand for BTCs – which, consequently, raises their value.

Even though BTCs are, so as to say, virtual, they do generate a real cost for their production, in terms of electricity consumption. What is unique about BTC production is that their algorithm allows for one block of BTC to be created, on average, once every ten minutes. To maintain this rate of production, the algorithms become increasingly difficult to solve as more bitcoin are mined. This indicates the following:

The more producers (miners) there are, the more difficult and expensive the process will become. 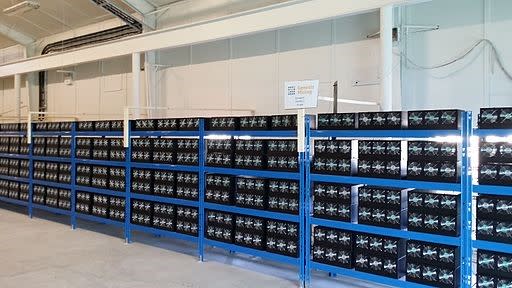 Who holds the BTCs and how do we use them?

To determine who pulls the strings, when it comes to its increasing popularity, we will look at its prevalence, and, the means for which BTCs are being used.

Only 3.5 million BTC, or 19% of the total, is actively traded throughout the world, while the rest is held by investors, according to a report, by crypto-analytics company Chainalysis.

They found that, during 2020, 340,000 people are actively trading BTC every week.  Professional traders make up only 4% of active traders, but they control market liquidity by accounting for 85% of all the US dollar value of BTC sent to exchanges.

This led them to reach the following conclusion:

“…professional traders are the most significant contributors to large market movements, such as those seen during BTC’s dramatic price decline in March as the Covid-19 crisis intensified…”

According to a survey of 774 firms, released by Fidelity Investments – an online financial services provider, 74% of U.S. institutional investors find cryptocurrency appealing, while 82% of European investors do.

Even though growing interest among institutions is present, obstacles to complete adoption of digital currencies remain. Their findings are the following: 53% of respondents cited price volatility as the main factor slowing institutional adoption, 47% market manipulation, and 45% “lack of fundamentals to gauge appropriate value.”

However, they believe their survey confirms a greater interest in and acceptance of digital assets as a new investable asset class on the market.

Where are BTCs begin used?

According to Coinatmradar.com, a cryptocurrency ATM tracking website, the number of BTC ATM locations has been rising steadily, with nearly 9,000 now installed worldwide. The U.S. hold the 1st spot as the country with the largest number, followed by Canada and the United Kingdom.

They note that the countries with more than 50 BTC ATM locations include the U.K., Austria, Switzerland, Spain, Germany, the Czech Republic, Poland, and Italy. The graphic depiction of ATM diffusion, taken from the official study, is shown below: 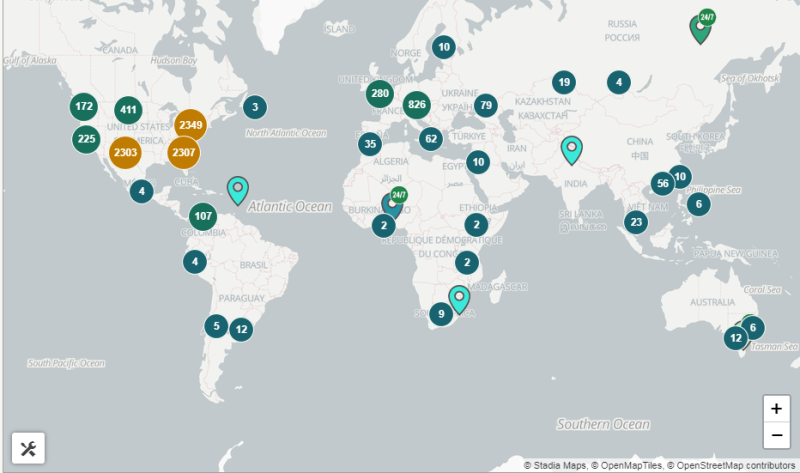 According to data from 2019 report, Bitfury’s blockchain analytics platform Crystal, the U.K., U.S, Hong Kong and Singapore have the largest number of registered digital currency exchanges. On the other hand, countries such as Argentina, India, Mexico, Russia and Indonesia are noted as the ones with fewest registered exchanges.

Aside from that, BTCs are becoming more available to users nowadays. They can be acquired at the post office in Australia, in San Francisco a startup, Fold, will be soon offering BTC Visa cards, and PayPal and Venmo will be including similar options as well. According to Bitrates.com, a cryptocurrency news and market data provider, the Bank of China is considering the option of adopting BTCs as well.

One very popular use for BTC nowadays is in the online gambling industry. There are two types of BTC gambling operators available. The first consists of platforms working exclusively with BTC or other cryptocurrencies. The second is gambling services that have simply implemented the cryptocurrency as one of many payment options.

Summing it all up

Regardless of its present price, the fact that more and more investors are looking into investing in BTC presents a strong indicator of its growing popularity.

On one hand, investors classified as ‘professional traders’ are singled out as the most important contributors to the large market movements. On the other, the market itself is tied closely to the users.

Ascribing the phenomena of Bitcoin’s surging price and popularity exclusively to users or investors wouldn’t exactly be a fair settlement. Both play a huge role, and the economic model that has the greatest impact on value, supply and demand, can be dictated by both sides.

Therefore, the final answer to the question ‘Which side pulls the strings?’ would be both, respectively. Given the current circumstances, it is expected that popularity and use of BTC will both increase, giving us another opportunity to examine this question even further in the future.