Five Great Gambling Films That Really are about Gambling

Films about gambling are, by definition, about risk, which gives them an inherent drama and explains their appeal to filmmakers. After all, it’s pretty boring to watch somebody living a cautious, prudent life where nothing is left to chance.

But making a film where characters are constantly putting everything on the line is a whole other ballgame. Yet even with this built-in advantage, really good films about gambling are quite rare. So, we’ve rooted out 5 of the best gambling films ever to save you the time and energy.

First, let’s be clear; we are talking about the original 1974 version here, not the 2014 remake starring Mark Wahlberg as a cardboard cutout with a gambling problem. That just doesn’t make the grade to be included in our list, or, indeed, any list that has the words “best film” in the title.

Addiction is a popular theme for filmmakers, but The Gambler must surely rank as the best and most intelligent film on the topic. Despite this, it was not received well when it was released, probably because of its intellectual script which, with references to Dostoyevsky among others, was regarded as rather pretentious.

What makes it stand out, however, is that it avoids the usual Hollywood cliché of a good man being dragged down by an addiction he has no control over. Rather, we are shown a portrait of a selfish egoist willingly, even enthusiastically, succumbing to his obsession. 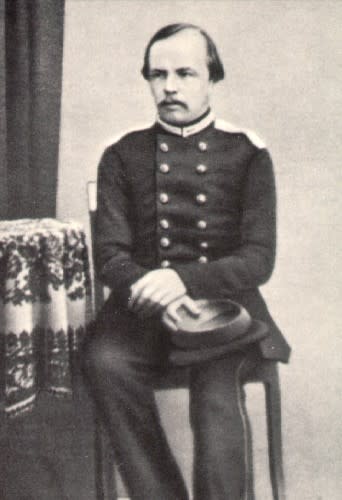 The story is more or less summed up in the title. The main character, Axel Freed (James Caan), is already a compulsive gambler at the beginning of the film. As it progresses, he sinks deeper and deeper into his habit. And this is despite his good background, above-average intelligence – he’s a professor of literature – and the desperate pleas of his family and friends.

By no means a likable character, Freed, like all addicts, cares about nothing but his next “high”. He asks his mother for tens of thousands of dollars to pay off his gambling debts, which she reluctantly gives him. He then gambles it away, digging himself deeper into a hole in the process. Ultimately, no one in his life, not even his college students, are left unaffected by his addiction.

By the end of the film, Alex is overwhelmed by self-disgust and self-loathing.  We see him embark on another route to self-destruction, this time by tempting violence and betting with his own life. This somewhat cryptic ending leaves viewers unsatisfied but serves as a powerful metaphor for addiction, which can never be fully resolved.

James Caan gives an impressive performance as Axel Freed, displaying an emotional range that proves he is one of Hollywood’s underrated greats.

Jack Manfred (Clive Owen), the hero of Croupier, believes life comes down to one choice: Be a gambler or be a croupier.  Jack himself is a would-be writer but works as an actual croupier. He also believes himself to be one of life’s metaphorical ones. He maintains a cold, controlled exterior as he deals the cards and collects material for his next novel. 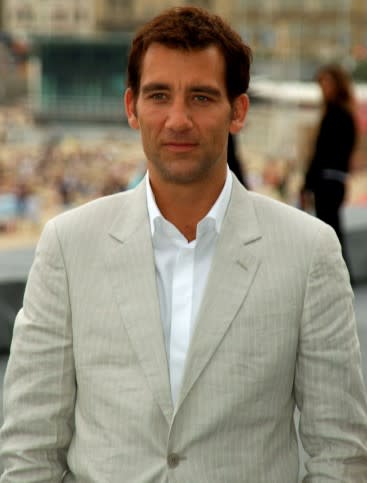 But although Jack looks down on the punters and insists that he “does not gamble”, as the story unfolds, however, we come to realise this is just a front. There are hints that in the past he was a compulsive gambler and has carried this over to the choices he makes in his personal life. By the end of the film, he is entangled in relationships with three women and a plot to rob the casino.

Brilliantly directed by Mike Hodges of Get Carter (the original) fame, Croupier is an excellent example of the film noir genre, which depends on atmosphere and acting rather than action for effect. Clive Owen gives a powerful performance as Jack Manfred, managing to convey both cold detachment and inner turmoil.

We are also treated to a fascinating and realistic study of casino life from the other side of the tables. We see the supreme indifference of the dealers to the fate of the punters, and the closed, incestuous world they live in, thanks to their job.

And although it was built on a sound stage in Germany, the casino itself rings true as a small London operation where gilt and plush cannot hide the wear and tear, nor tuxedos on the doormen hide the fact that they are little more than gorillas.

Honeymoon in Vegas is preposterously over the top, weird, and amazingly funny, which is pretty much what you would expect from a Nicholas Cage film. Although at heart it is basically a romantic comedy, it also tackles deeper issues such as making promises you can’t keep, unhealthy relationships with one’s mother, and being a bad gambler.

The start of the film sees Jack Singer (Cage) swearing to his mother that he will love her forever and never get married for that reason. Fast forward several years, and we find Singer being pressured to tie the knot by his girlfriend, Betsy (Sarah-Jessica Parker).

After struggling with his conscience over his promise to his late mother, Jack finally decides the living are more important and that he will marry Betsy. In fact, once decided, he is so impatient that they decide to elope to Vegas.

However, before they even have a chance to get hitched, Betsy takes the fancy of a rich professional gambler, Tommy Korman (James Caan), as she reminds him of his late wife. Determined to have her, he comes up with a cunning plan to steal her away from Singer. He invites Jack to a poker game and allows him to believe he has a chance of winning.

Tommy throws him a lifeline and says he will consider the debt paid if he can “borrow” Betsy for the weekend. The couple reluctantly agree to the deal on the condition that there is no sex involved.

In order not to give away more of the plot, we’ll just say that after this, things get complicated, and Jack endures many trials and tribulations before the inevitable happy ending. These including skydiving from 3,000 feet with a group of Flying Elvises, despite a paralyzing fear of flying.

Despite the hype around its release and the fact that it had two of the hottest young actors of the time (Matt Damon and Edward Norton) in the starring roles, Rounders didn’t really make it big.

The cast put in some great performances, especially Norton as “Worm” and John Malkovich as Teddy KGB, but the storyline was just a bit too predictable: Talented but naïve young gambler (Matt Damon) gets in over his head with baddy, (John Malkovich, complete with a hammy fake Russian accent), and then quits gambling and concentrates on his studies at the insistence of his girlfriend (Gretchen Mol). Enter bad influence in the form of a childhood friend recently released from prison (Edward Norton), who needs cash quick, and you can pretty much guess the rest. 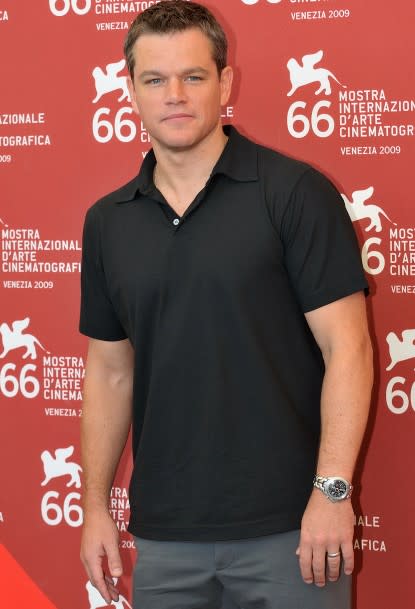 Plus, poker, especially No Limits Texas Hold ‘em, was just not that popular in 1998, when the film came out.

So why are we including it in this list? Because if you forget the weak storyline and concentrate on the poker action, this film rocks. It gives one of the most accurate cinematic portrayals of the world of private poker clubs with high-stakes games you can find.

You almost feel what it is like to sit at a table in a smoke-filled room all night, desperately waiting for the cards to fall your way. The slang is accurate, and the secondary characters absolutely convincing portrayals of the denizens of gambling dens the world over. So, if you are looking for a gripping storyline, forget about Rounders. But if you want to see a good film about poker, check it out.

Have you ever wondered why you don’t see Tobey Maguire of Spiderman fame on the silver screen these days? The answer is to be found in Molly’s Game, the true story of the woman who ran one of the world’s highest stakes poker games before being busted by the FBI.

Apparently, the very slimy character of Player X (Micheal Cerra) who spends much of the first half of the film getting his rocks off by luring marks into high-stakes poker games with the promise of Hollywood celebrity opponents and then taking them for all they were worth, is a pretty accurate portrayal of Maguire. We also see him take great pleasure in humiliating and exploiting everyone that he has a hold over.

And here is another fun fact, Leonardo DiCaprio was also a regular player, acting as a hook to lure in the rich and the gullible, but never played with his own money.

The film, based on Molly Bloom’s autobiographical book of the same name, does take some dramatic license with the truth. But it still gives a powerful portrayal of a woman fighting for, and winning, her place in a world dominated by men only to be ultimately shot down.

Almost every gambling film list, except ours, starts off with Scorsese’s epic about the mob in Las Vegas. We didn’t include it because it’s not actually about gambling. In fact, it’s hard to say what it is about. A long rambling film, it is part how-to documentary on skimming money from a casino, part study of mob hierarchy, and part character portrait. And it’s pretty boring.

Although based on the life of one of the greatest gin rummy and poker players of all time, this is a film about addiction. There are precious few actual gambling scenes, and the ending is confusing and unsatisfactory. But above all, it is a very inaccurate and shallow portrayal of Ungar, according to people who knew him. 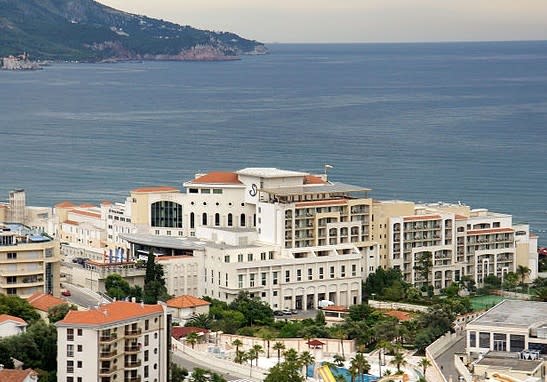 Despite the title and the much-vaunted poker game that the film centres around, this is a spy film, not a gambling film. As such, it wouldn’t be too bad if it wasn’t supposed to be a James Bond spy film. As it is, Daniel Craig blunders about being incredibly un-Bond-like, and both Ian Fleming and Sean Connery are left spinning in their graves.

While some of the films above deal with the dark side of gambling, it’s not all doom and gloom. Gambling has a lot to offer in the way of entertainment, both as a topic for films and as an activity in its own right. Just remember, there is a reason so many gambling movies centre around addiction. So if you or someone close to you is starting to resemble the character of Axel Freed, you should consider getting help.