Slot machines are by far the most widely played games in casinos, both land-based and online. So it’s not really that surprising that they have also inspired a whole host of “tips” and myths about how to beat them.

The reason these myths persist and are so widely believed is not so clear. But it is probably due to the fact that most people just don’t understand how slot machines actually work.

The truth is, winning or losing are really down to pure luck. And when luck is involved, people get superstitious.

Whatever the reason, the fact remains that these myths are widely repeated and believed in the slot playing community.

Here we’ll try to set the record straight about the most common ones. We’ll start with some general slot myths, then look at ones specific to online or land-based machines

Whether playing land-based or online slots, some gamblers swear by the following. Unfortunately for them, none of it is true.

Slots are programmed to run “hot” and “cold” alternately.

Slot machine programming uses RNGs (Random Number Generator) to ensure that each spin is an individual event, unconnected to what comes before or after.

It’s basically the same as throwing three double sixes in a row when playing monopoly, for example. It’s statistically unlikely, but it does happen. In the long run, everything will even out to roughly the expected pay out rate of the machine. 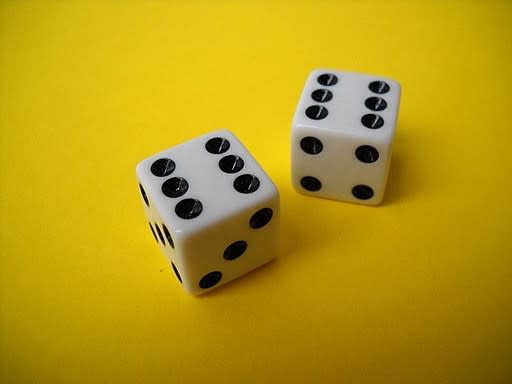 If a slot hasn’t paid out in a while, a win is on the way.

Each individual spin has exactly the same chance of winning as every other spin.

This one is basically the same as the previous myth. And, like the previous myth, it’s not true because of the RNG technology which slots are based on. The outcome of each spin is truly random and unconnected to anything that comes before.

Machines go “cold” after paying out a big jackpot.

The odds of winning are exactly the same for each spin

Again, this myth is a variation of the previous two and persists because players refuse to accept slots for what they are, games of chance ruled by RNGs.

Every spin is really a random event and there is absolutely no reason why a machine won’t pay out again within minutes of a jackpot.

There is something you can do to improve your chances of winning on slots.

Ok, if you’re feeling a bit confused now, that’s understandable. This statement appears to contradict everything we just said so let us clarify it for you.

Each spin is a random event and you can’t affect the outcome. Nor will it be affected by what came previously. But, and it’s a big but, different machines have different payout rates. This could be as low as 85% or as high as 98%.

And here we’d like to mention bonuses and loyalty programmes. Almost all casinos offer some variation of these. And while taking advantage of them won’t increase your chance of winning, it’ll reduce the expense of playing, giving you a better return for your money.

Online slots are fixed in the casino’s favour.

Just like any other casino game, online or otherwise, slots have a house edge, not a fix.

Casinos stay in business because they have the edge, meaning a statistical advantage over the player, in every game they offer. For online slots, this edge is usually between 2 – 5%.

This doesn’t mean you can’t ever win, it’s just 2-5% more likely that you will lose. And even if and when you do hit a jackpot, there are plenty of other players who Lady Luck won’t be smiling on that day.

The truth is casinos have no need to “fix” their machines. And in such a heavily regulated and competitive industry, any attempt to do so would be counter-productive and end up costing the casino, in both fines and lost players.

The auto play feature pays out less than manually clicking the spin button.

How you spin the reels has absolutely no effect on the payout rate of the machine.

This is a persistent slot superstition that has crossed over from land-based slots (pulling the lever pays better than pushing the button).

And just as land-based machines have no way of determining the method used to spin the reels, neither do online slots. And even if they did, it’s hard to see how anyone could benefit from making one method pay out more than the other.

You won’t get a payout when playing with bonuses.

The RNG cannot tell if you are playing with a bonus.

An RNG generates numbers randomly. It doesn’t have the ability to detect if a player is using their own money or bonus funds from the casino, just as it can’t detect how you spin the reels. The payout rate remains constant so claim and use those bonuses wherever and whenever you can. 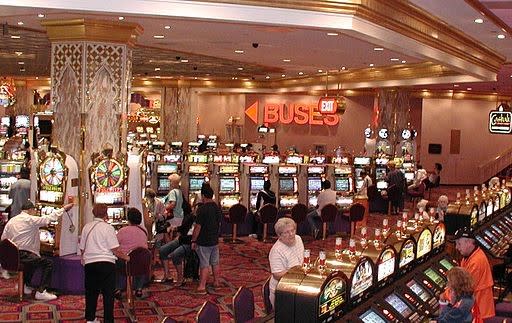 Using a loyalty card reduces your chances of winning.

The RNG cannot tell if you are using a loyalty card.

This is the same as the online bonus myth. To be clear, bonuses and loyalty schemes are designed to reward, not punish players. The casinos want to attract and keep players, not drive them away.

Pulling the lever gives a better chance of winning than pushing the button.

How you spin the reels has absolutely no effect on the payout rate.

We dealt with this one above, but we’ll repeat ourselves. The RNG, which determines the outcome of the game, cannot tell how the reels spun.

Casinos hide the higher paying machines away in dark corners.

In fact, this myth makes no sense whatsoever. Since casinos can decide which machines they have on the floor, they’ll choose the ones whose payout rate they are happy with. No need to hide anything away.

If they choose machines with higher payout rates, it will be to attract players. And in that case, they’re going to put them at the front of the house where they can be seen.

Slots payout more during off-peak hours in the casino

The time of day does not affect the payout rate of the machine.

While it might seem like a good idea to try to attract more customers during slow periods, this is not practical. Changing the payout rate is not a simple process. Microchips have to be removed and replaced, forms filled out, declarations filed etc. For the few extra bucks it might bring, it’s just not worth it. 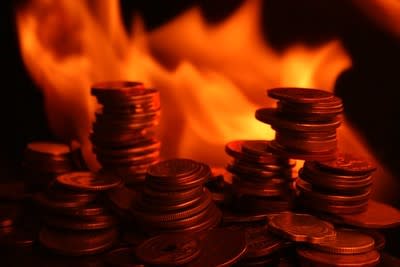 The temperature of the coins does not affect the payout rate.

This is truly one of the more bizarre slot tips and myths we’ve come across. In fact, it’s so out there that all we can do is assure you that slots do not come with in-built thermometers so they can reward players who’ve been clutching coins in their hot little hands for a while. Really, believe it, they just don’t.

Playing slots is really all down to luck. Accept that, and gamble responsibly, and they’ll give you hours of entertainment and excitement. Start looking for ways to beat the machine and it will all end in disappointment. Good luck!