Considered by many to be one of the greatest writers ever, Dostoevsky’s novels are a mixture of religious and philosophical commentary, profound psychological insight and fascinating portrayals of life in 19th century Tsarist Russia.

Although reasonably successful during his lifetime, his fame continued to grow after his death and he inspired not just other later writers, such as Ernest Hemingway, but also sparked a philosophical movement, Existentialism, and influenced the work of Sigmund Freud.

The insights into the human condition in all its complexity and contradiction contained in his work sprang from his own constant struggle to balance the rational and emotional.

Dostoevsky was a brilliant mind but plagued by his own demons. Married twice, he also had multiple lovers. In addition, for a great portion of his life he was a gambling addict, regularly losing everything he owned and jeopardizing his family thanks to his passion for roulette. 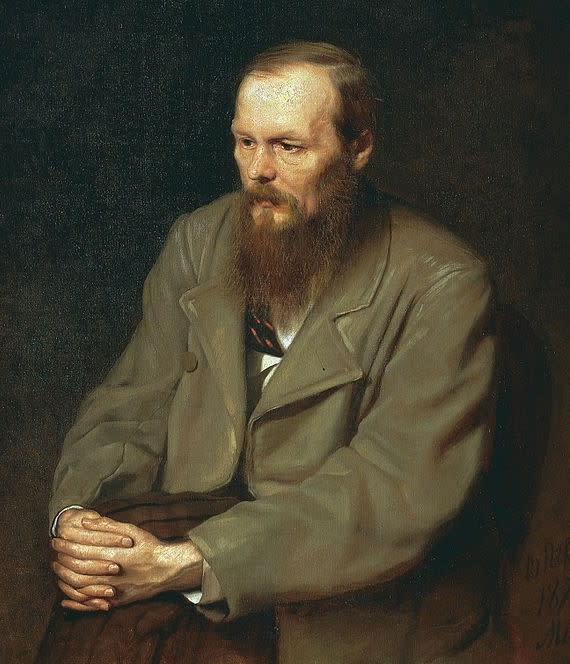 Dostoyevsky was born in Moscow on November 11th, 1821. He was the second of eight children. Although descended from the aristocracy on his father’s side, he grew up in a poor working class neighbourhood on the outskirts of the city, where his father, a doctor, worked at the Mariinsky Hospital for the Poor. Later his father would become a collegiate assessor, and therefore a member of the nobility.

In his formative years his biggest influences were his nanny, Alena Frolovna, who would tell him the heroic sagas, fairy tales and legends of the Russian people, and his mother, who taught him to read using the bible when he was four. 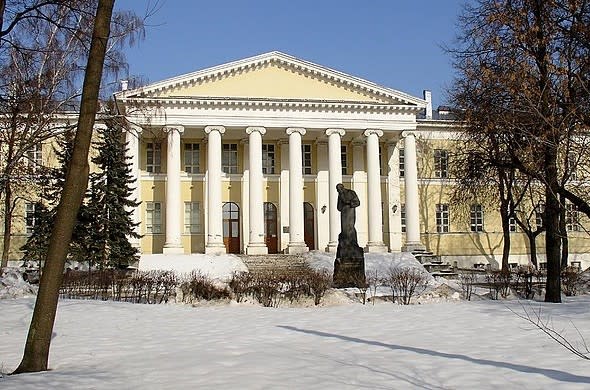 His father was described as strict to the point of harshness when it came to education. But Dostoevsky himself credited his imagination to nightly readings of authors such as Karamzin, Pushkin, Schiller, Goethe; Miguel de Cervantes and Walter Scott; and Homer's epics by his parents.

The young Dostoevsky was a solitary, sickly youth, wrapped up in his own imagination and interests, which centered around the Arts and religion. This made him stand out like a sore thumb among his peers when he was sent to the free Nikolayev Military Engineering Institute in January 1838.

One of his friends at the time, Konstantin Trutovsky, described him as follows; "There was no student in the entire institution with less of a military bearing than F.M. Dostoevsky. He moved clumsily and jerkily; his uniform hung awkwardly on him; and his knapsack, shako and rifle all looked like some sort of fetter he had been forced to wear for a time and which lay heavily on him."

Despite this, Fyodor managed to gain the respect and even admiration of both his classmates and instructors. He was brave, honest and fair, although very reclusive. It was these qualities, along with his passion for religion that earned him the nickname “Monk Photius”.

Both his parents died during his time at the academy, his mother of tuberculosis on 27 September 1837, his father of a seizure in 1839. Although his father died of natural causes, a neighbour accused his serfs of murdering him.

This was an attempt to seize Dostoevsky seniors’ lands. If the serfs had been found guilty, they would have been imprisoned or executed, and the lands abandoned, allowing the neighbour to claim them.

The accusations were, of course, unproven and the serfs acquitted at trial. But the stress of the whole episode caused Dostoevsky to have an epileptic fit, the first of many he would suffer over the course of his life. 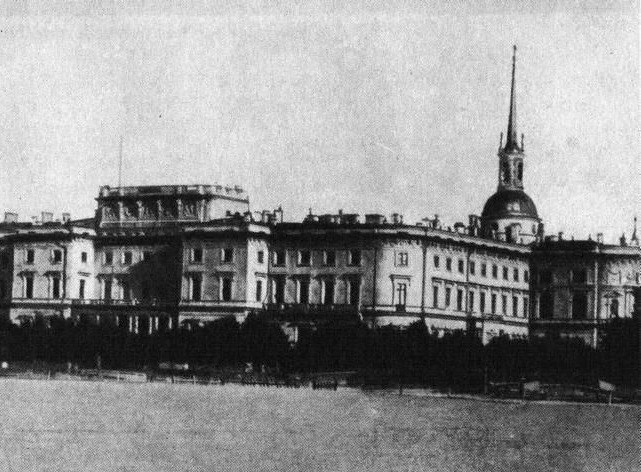 Once he had graduated from the academy, he found a military post as an Engineer Cadet. To supplement his modest income, he translated works of literature, although he failed to gain either commercial or critical success for these ventures.

During this period, he would often travel to the city of Reval, now Tallinn, Estonia, to visit his older brother Mikhail, who was less than one year his senior. It was here that he was first introduced to gambling.

His translations were not providing an income, so with his brother’s encouragement, Dostoevsky embarked on his first novel, Poor Folk. This was published in 1846 and met with success.

Emboldened by the critical acclaim his first novel received, he resigned from the military in order to devote himself fulltime to writing. Unfortunately, his second novel, The Double, failed to impress either the critics or the public, leaving him in a precarious financial position, exacerbated by his gambling habit. The resulting stress resulted in another series of seizures.

He managed to keep his head above water financially over the next few years by writing a number of short stories. But events were brewing that would make his money troubles seem paltry by comparison.

In 1846, he joined the Petrashevsky Circle, a utopian literary discussion group which proposed social reforms in Russia. They were described by Mikhail Bakunin, a famous anarchist and revolutionary, as "the most innocent and harmless company" and "systematic opponents of all revolutionary goals and means".

Dostoevsky was mainly interested in the circle's library and only occasionally participated in their discussions on freedom from censorship and the abolition of serfdom.

Notwithstanding, he was arrested along with the rest of the group in 1849 and charged with reading and distributing banned literature. The sentence was death, and members of the group, including Dostoevsky, were actually standing in front of the firing squad when it was commuted to four years hard labour and exile in Siberia.

His time in the prison camp was harrowing and caused him to lose weight, as well as suffer from fever, seizures and hemorrhoids. He somehow managed to survive, however, and was released in 1854.

As part of his sentence he also had to do a period of military service, so he enlisted in the Siberian Army Corps of the Seventh Line Battalion and served 5 years. During this time, he wrote The House of the Dead, a semi-autobiographical portrayal of life in a Siberian prison camp.

Once his second stint in the military was over, a written apology for his “crimes” secured Dostoevsky the right to return to European Russia, publish his works and even get married. All three of which he did with alacrity.

He married his first wife, Maria Dmitrievna Isaeva, while still in exile in Kuznetsk. Initially they were rapturously in love. However, these feelings later cooled. Their relationship was tempestuous, and they spent most of it living apart, until Maria’s death from consumption in 1864.

During this marriage Dostoevsky also conducted a passionate affair with Apollinaria Suslova, a 22-year-old student at the university where he gave occasional lectures.

He continued writing and gaining a reputation but also battling ill-health and bouts of extreme poverty. Not that this prevented him living life to the full. He travelled widely, gambled excessively and had more than a few romantic dalliances.

A few years after his first wife died, he married the stenographer he had hired to help him complete a short story “The Gambler” which he needed to finish to a very tight deadline in order to pay off some of his gambling debts.

At first, the marriage was more a matter of convenience than love for Dostoevsky. But he soon recognized that, although 25 years his junior, he had found his soulmate in Anna Grigoryevna. The couple had four children, but only two survived until adulthood. 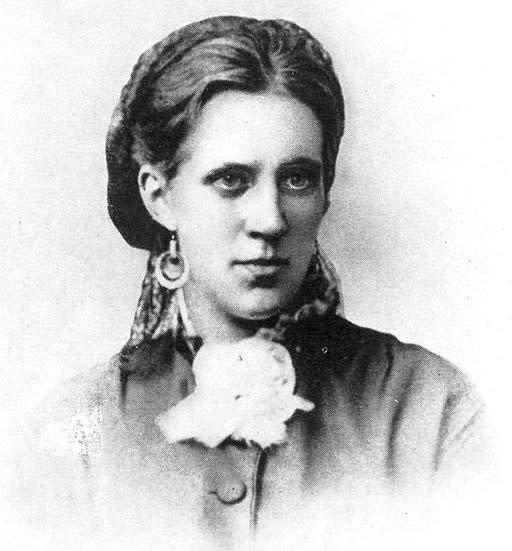 The newly-weds embarked on a honeymoon to Europe and didn’t return to Russia for four years. It was during this time that Dostoevsky became a father, wrote “The Idiot” and miraculously kicked his gambling addiction.

On their return to Russia, Dostoevsky continued to write and eventually became the toast of Moscow. He was also constantly hounded by police surveillance, legal troubles, personal tragedy and ill-health. He died of a pulmonary haemorrhage on 26th January 1881, following a raid the previous day by the secret police on a neighbour’s apartment.

These lines from the New Testament are inscribed on his tombstone:

Verily, verily, I say unto you, Except a corn of wheat fall into the ground and die, it abideth alone: but if it dies, it bringeth forth much fruit. — John 12:24 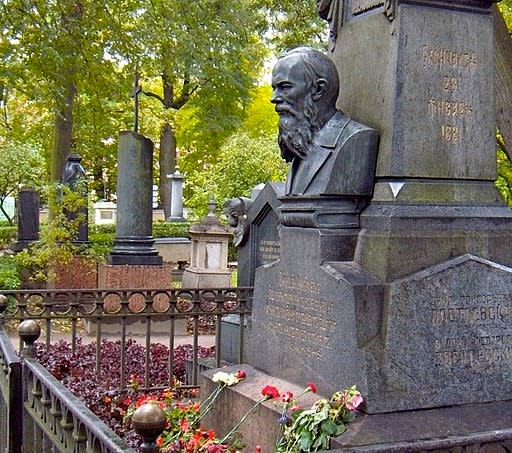 Photographs by JarrahTree...commons.wikimedia.org, CC BY 2.5 AU, via Wikimedia Commons

Dostoevsky was, for a large portion of his life, a compulsive gambler. His gambling addiction started when he had just graduated from the Naval Academy. It would continue until after the birth of his second child in 1871, interrupted only by his imprisonment.

The root of his addiction probably lay in his father’s constant obsession with money and status. This was a great source of stress in his childhood and beyond.

He saw in gambling a chance to lift himself from poverty and achieve status. Having enjoyed some initial success at the roulette table, he was convinced that he had an infallible system that would allow him to win consistently.

Dostoevsky was absolutely convinced that if he could remain calm and in control while playing, he could predict the winning numbers. And despite his mounting losses and debts, nothing could persuade him otherwise.

He did not see a losing streak as evidence that his system didn’t work, merely that he had not managed to stick to it. Like most compulsive gamblers, once he started winning, he would lose his cool and make ever-larger bets until he invariably lost everything.

According to the American Psychiatric Association, a diagnosis of problem gambling can be made when the subject fulfils at least four of the following criteria:

Thanks to multiple letters written by Dostoevsky to various friends and family on the subject, we know that he exhibited all these behaviours at one time or another.

At the start of his honeymoon with his second wife, they went directly to Baden-Baden where Fyodor promptly lost all their money at the roulette table. And then sold all their possessions, including his wife’s jewelry, to raise a stake. This he also lost, and the family lived in abject poverty for the next two years. The little money they earned from his writings, or begged from relatives, was squandered at the roulette table almost as soon as it was received.

To make matters worse, their first child, Sonya, was born in 1868 but died three months later from pneumonia. Dostoevsky was grief-stricken and turned to making ever-more reckless bets to alleviate the pain.

The couple’s second daughter, Lyubov, was born on 26 September 1869 in Dresden. In April 1871, Dostoevsky made what would turn out to be his final visit to a gambling hall in Wiesbaden.

At first, he refrained from betting, instead just picking what he believed would be the winning numbers in his head. After guessing ten winning numbers correctly, including a zero, he couldn’t restrain himself any longer. He started to bet and rapidly lost everything he had.